Identify cruft in a codebase with ease

Rather than fill your working memory with dead code, identify it with Unused and remove it from your codebase outright. 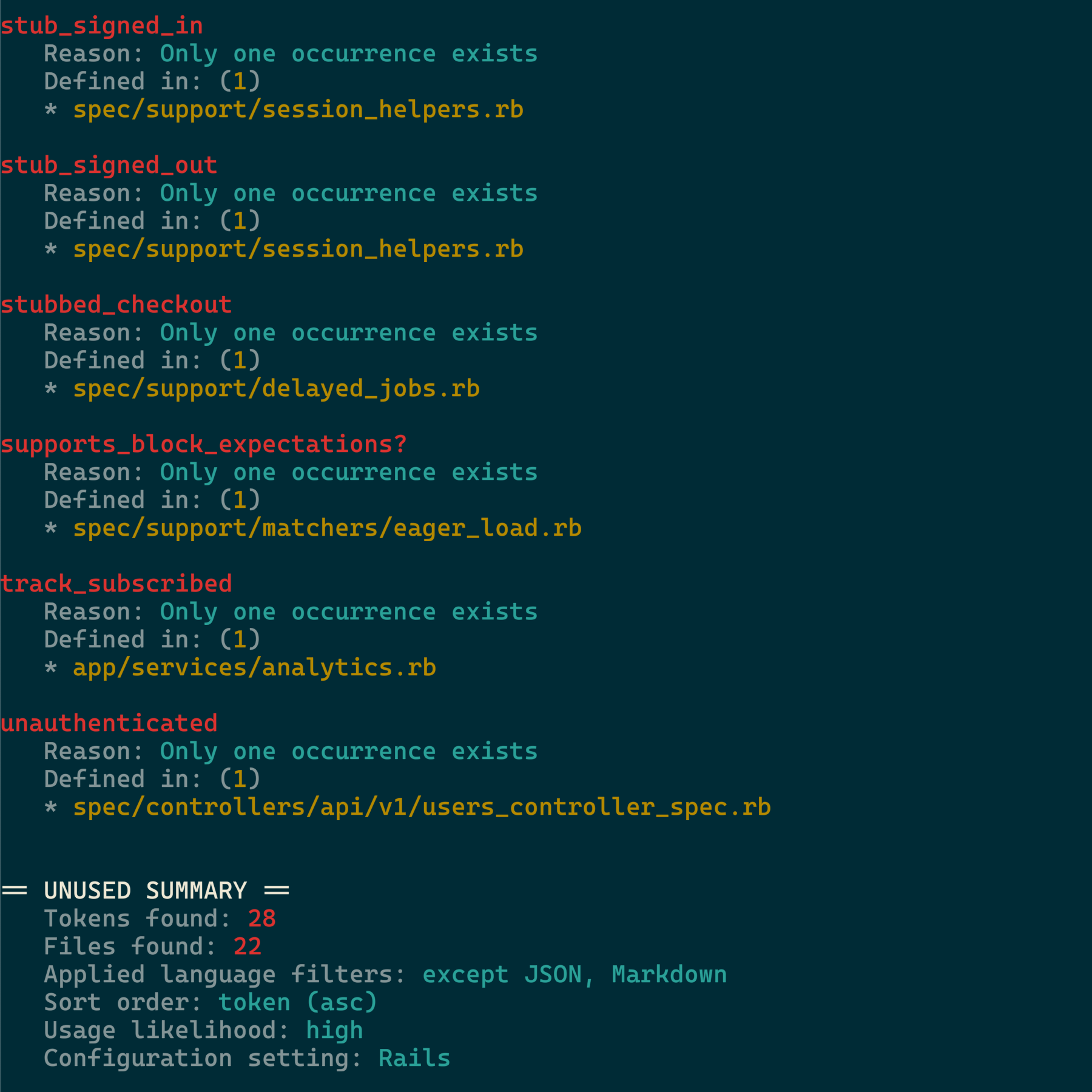 Check out the pull requests below that showcase what Unused can find.

Unused leverages work done by Universal Ctags by collecting the list of tokens and searching the codebase for each occurrence. With those results, it classifies occurrences into different buckets, determining if it's part of the test suite.

Once searching is complete, it analyzes usage patterns based on general guidelines and calculates a likelihood for whether it's able to be removed; in Rails for example, controllers (UsersController) and migrations (CreateUsers) occur once but probably shouldn't be removed.

You can install the formulae via Homebrew with brew tap:

This will install unused and its corresponding dependencies.